"Unspoilt and not very touristy still. Lots of natural beauty every turn. The cave is well maintained and left in its natural state (no artificial coloured lighting or numerous railings or platform). Quite safe & not very physically demanding. Not many stairs to climb. Lots of stalactites and stalagmites formation to feast your senses with. 3 - 4km from Ban Gioc Waterfall. Worth a visit." 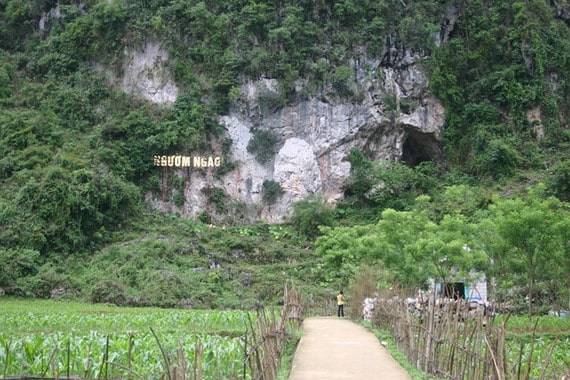 The entrance of the Nguom Ngao

The Nguom Ngao - is an amazing, beautiful cave with stalactites of various shapes. It is the most famous limestone caves in the northern mountains of the province of Cao Bang, due to its uniqueness and size. By visiting the cave you will be fascinated by its wild beauty.
The main entrance to this cave is about 2 km from the Ban Gioc waterfalls, near the road to Cao Bang. The stunning beauty of the Nguom Ngao cave is known far and wide. A British study in 1995 found that the cave 2144 meters should be long. The maximum height is 60 m and it has three main entrances namely Nguom Ngao, Nguom Lom and Ban Thuon. The Nguom Ngao is a really great cave, large and attractive with different shaped stalactites. 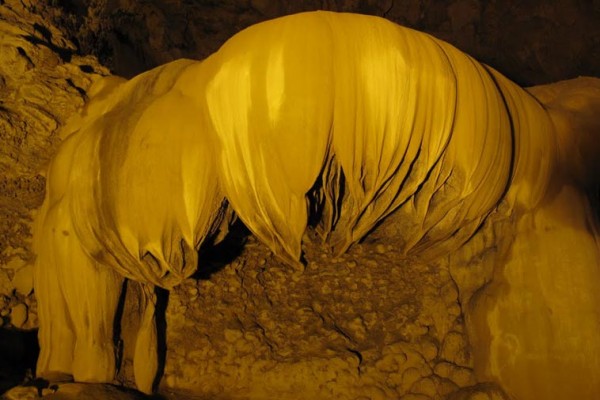 Along the beaten path, you can see stalactites in various forms, which look like boats, cacti, forests, terraced rice fields - a reflection of the mountainous area of this region. They see this as a link between the earth and the sky and also as a loving bond between men and women.
The most impressive stalactite is a chandelier that looks like an inverted lotus and located just beside the path and female figures, which look like fairies with wavy, long hair, standing in a corner.
The cave is huge and there seems to be a branch that leads to the falls. It is said that there has to be a secret entrance near the waterfall. 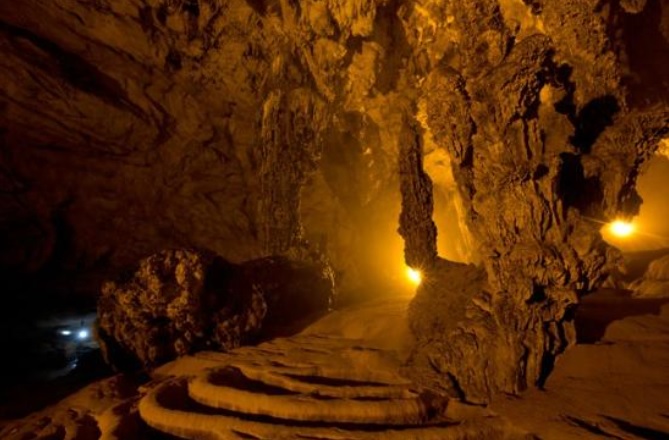 The tour through the Nguom Ngao cave takes about an hour. Locals discovered the Nguom Ngao cave in 1921, but the cave was officially opened to tourists in 2006, when there paths were built to visitors on guided tours along several interesting points. It was important that electricity was installed, but it probably would be wise to take a flashlight with you.

No doubt the Nguom Ngao cave Cave and Ban Gioc waterfalls are two must-see natural wonders in the northern province of Cao Bang.

"The lit up area of the cave is a path about 2 km long, going deep in to the limestone mountain. Once inside the cave, we felt ourselves insignificant. The cave network is full of stalagmites and stalactites. There's an underground river running through the cave too.
Other than us, there were only 2 or 3 other groups of travellers while we were there, and we were able to enjoy the beauty of the cave. The cave is very close to the Ban Gioc waterfall. Both attractions are definitely worth visiting.
We stayed overnight in Cao Bang, and first went to the cave, then to the waterfall, which is also the border with china."