"The museum is very well laid out and the exhibitions are very informative. It is a good idea to visit the museum before going to the prison, because it provides a background and context about the prison you are going to visit. The museum is free of charge and open from 7am to 11am and from 3pm to 7pm."

The Con Dao Museum - is a great place for those who want to dig a little deeper into the shocking events that took place at Con Dao while it was ruled by the French. The museum is the place to tell the story. This impressive museum contains more than 2000 exhibits. It also contains many documents and artifacts, which reflect a period of the Vietnamese people and show the brutal torture of imperialism and colonialism.
This museum is close to other historical sites in Con Dao such as Phu Hai Prison, Hang Duong Cemetery and Phu Son Camp ..

From 1862 to 1975, Con Son Island was a brutal prison used first by the French and then by the United States government. It horribly describes the treatment and torture the prisoners have undergone. A visit to the free Con Dao Museum is an essential introduction to this dark chapter and should be your first stop before exploring the island's prisons and other historical sites.

So for about 113 years Con Dao was "hell on earth". About 2,000 people were imprisoned here during French colonial times. During American involvement, there were 4,000 prisoners in 1960. Furthermore, there were already 8,000 from 1967 to 1969, to 10,000 from 1970 to 1972. When the people were finally liberated, there were still 7,448 in prison, of which 4,234 were political convicts and 3,214 Civil and Military Offenders.
Over the years, the prisoners were mostly political dissidents, communists and Vietcong, as well as all the other civilians the government wanted to impeach and make disappear: writers, student protests, Buddhists, people who refused the flag to greet. The museum explains the hard labor and torture methods. The black and white photos are chilling and not for the faint of heart. 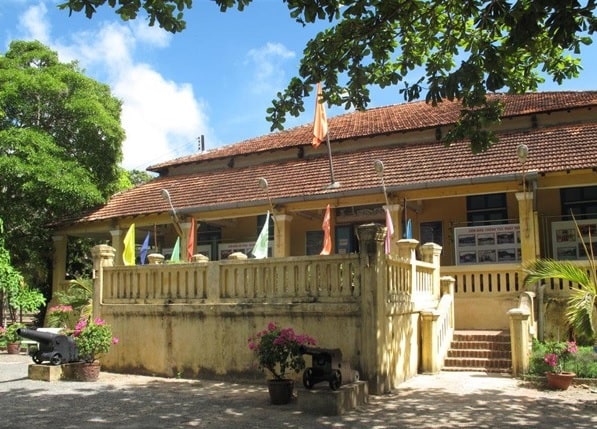 An important part is the information about the "tiger cages" which you can see later in Trai Phu Truong prison. Humans have been held in these cells like animals and you will discover how they were discovered, along with some photos of Tom Harkin published in Life Magazine that have rediscovered this crime to humanity. If you have time, you can also read a report of five students who were detained and survived.
Het doel van het museum is de functie van een plek om het historische en culturele erfgoed van Vietnam te herstellen. Tegenover het museum staat pier 914. De naam is afgeleid van het aantal gevangenen dat tijdens de bouw is omgekomen. 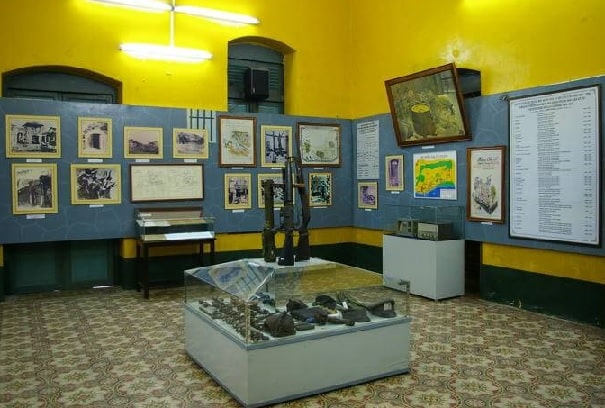