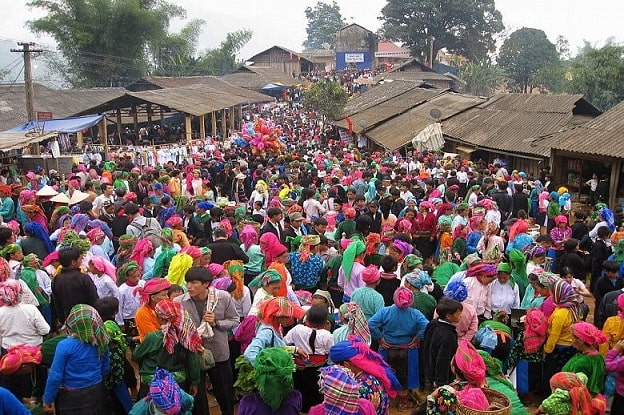 The Khau Vai Love Market - has become a meeting place for anyone interested in love. Khau Vai, which is home to the Giay Nung and Muong amd it is not so far from Meo Vac. Annually the market attracts devorced lovers by the forests and mountains to Khau Vai to discuss issues from the past. They enjoy a short meeting where they share sweet memories exchange gifts or just staring at each other. Sometimes they are even accompanied by their (new) spouses if the journey goes through the wilderness.
This Festival (Love Market) is actually a meeting place for former beloved ones to pour out their hearts. It takes place on 26th and 27th of the third lunar month on top of a hill at Khau Vai. On the festival are of course food and drinks. Also many cultural performances such as singing and folk games. Of course you see people in traditional costumes with jewellery and you can hear the music instruments from this region. There are many activities that are provided by the local population. 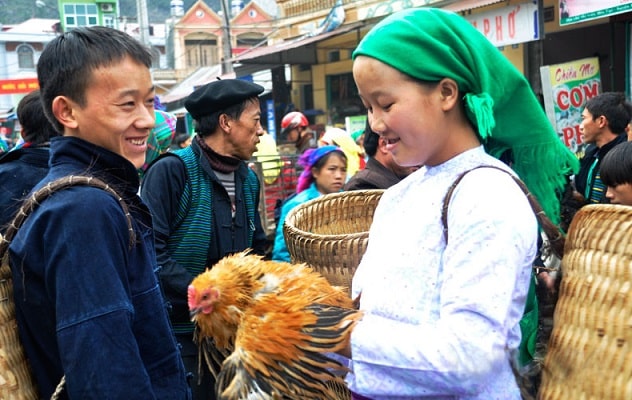 Another myth tells the story of a young couple from different tribes who were in love. The girl belonged to the Giay and the boy to the Nung. The girl was so beautiful that the tribe would not let her marry someone from another tribe. This created violent conflict between the two tribes. To stop shedding the blood of the two lovers they decided not to see each other again. However, she had planned to see each other once a year. The place where they previously met is Khau Vai which thereafter became a meeting place for all lovers.

Attracted couples of different ages come since that time to Khau Vai including those who seek a partner for the first time. Most of them are those who love each other very much, but can not marry for different reasons. On the day the market place, both the woman and her husband along to the market, but they look forward to their previous partner to share emotions. If one of them stays at home, he or she is not jealous because the encounter on the market is only a temporary feeling exchange, where it has no negative impact on real life. 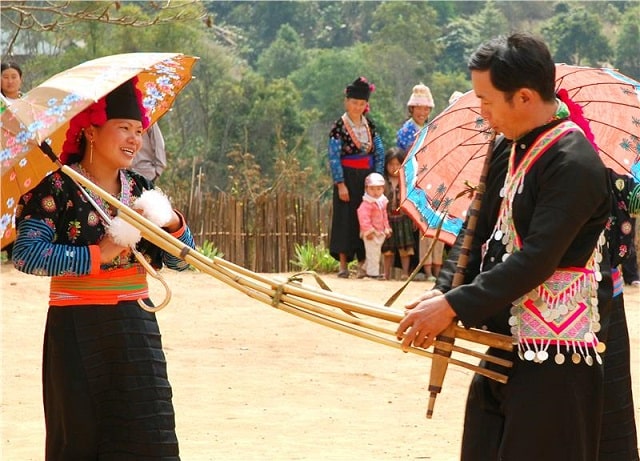