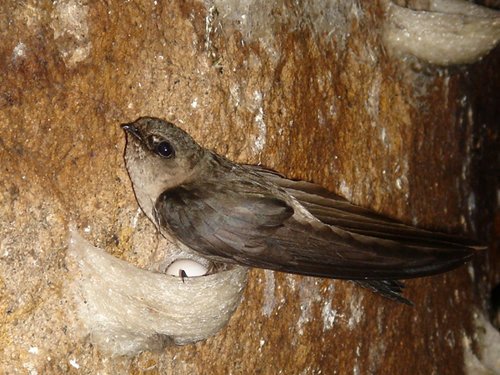 Salangaan with just one egg

Salangaan Island - is not an island, but the piece of a peninsula, which belongs to the city of Quy Nhon. This piece of peninsula holds back huge waves and strong wind, which could threaten the city. The peninsula has rolling mountains and has several names like Yen island and Phuong Mai Peninsula. Every spring, when the weather is warm, the Salangaans gather here to make nests.
A salangaan is a cliff swallow. 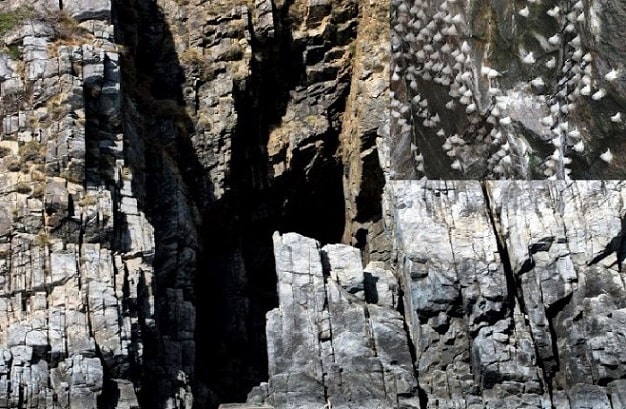 Birds nest against the cave

Each time the bird sticks a semi-circular stripe saliva and if it's dried, new stripes are being made on the inside of the nest. The edge always remains in focus and thickens inwards, in which (later on) 1, 2, 3 or 4 eggs will be laid in. Nevertheless, the birds' nests are very tiny, where Salangaans just are able to sit down to breed. In the high caves the local people build bamboo scaffolding, which sometimes consist of 300 bamboo trees. As they work toward the top of the cave.
It listens very closely to each other, because no accidents may happen. It is a dangerous and courageous action. The nests are closely interwoven into long chains. Long sticks with nails one tries to remove the nests down. In the dry climate, it is necessary to make the nests slightly softer by spraying the nests with water. That prevents breaking the nests.
Thanks to the awareness of the preservation and development of their economic source, the pickers must comply with a tight schedule. January and February are the months in which they nest. There is no activity. The first harvest is a month later. The second harvest is when the little Salangaans are flying out. The annual revenues are estimated at 700 kilos. The workers pluck some 14,000 to 15,000 nests per year. There is also a third harvest, but but it has a low yield. 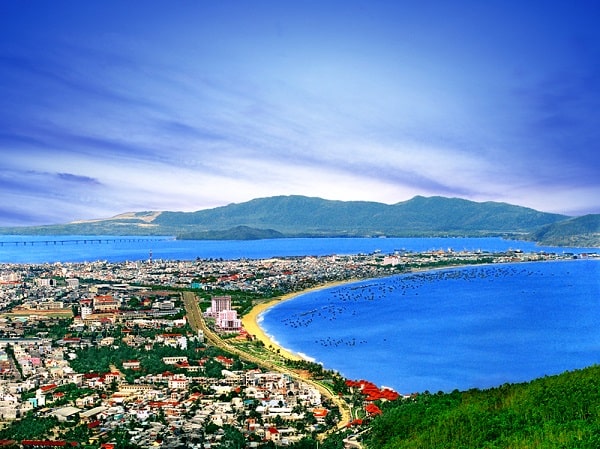 Salangaan Island at a distance