"We were here on the first day of the New Year (Tet) holiday and it was packed with locals. Because of the day entry was free.
While the pagoda itself is quite an interesting site it is the adjacent grounds and temple that make the visit more memorable.
It would be nice to visit on a quieter day and not be bustled by visitors all trying to take photos and pay respects.
The adjacent lakes also provide nice views except when we were there the morning cloud/fog had not completely lifted." 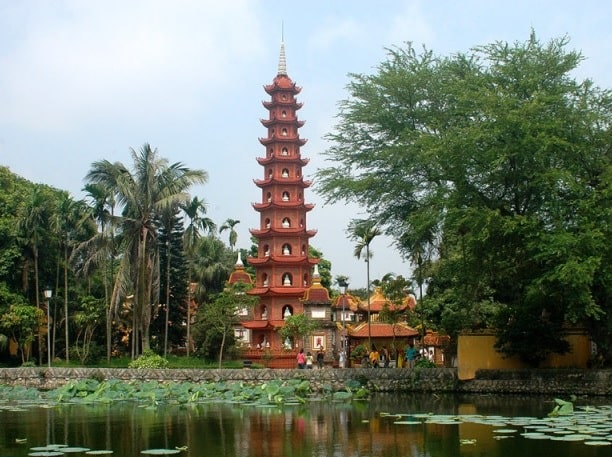 The Chua Tran Quoc - is the oldest Buddhist temple in Hanoi. Originally, the temple built in the sixth century during the reign of Emperor Ly Nam Dje (544 to 548). The temple is more than 1450 years old. The temple was named after the founder Khai Quoc and the temple was on the banks of the Red River. But by eroding the shore, the temple was rebuilt and finally came to stand Lake. A small dam connects it to the mainland.
The architecture is stunning and the lake reflects the large six-sided tower, depicting various stages of the life of Buddha. The tower has 11 floors with 66 statues of Buddha.
The last major renovation of the temple was carried out in 1815. The lobby and the room of the dead were then restored. The pagoda is one of the most important parts of the Tran Quo Temple, because it preserves ashes of an important monk. Over the years the temple had several names, like An Quoc and Tran Bac. 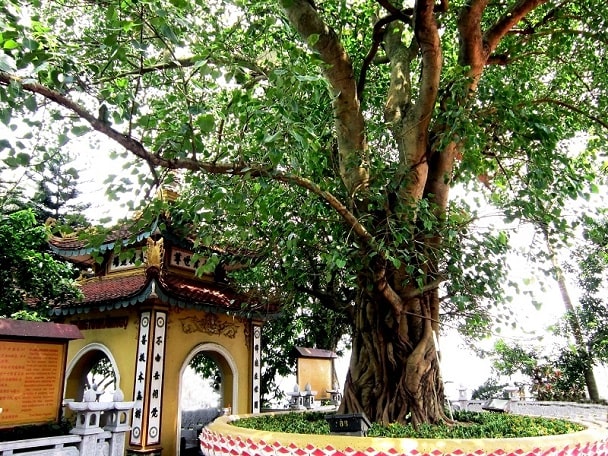 At the main shrine, the visitors get incense to burn. The locals, who visit the shrine, usually bring an offering with them, such as food or a small amount of money as a gift to the gods. Incense is burned to send wishes to the gods and to receive happiness in return.
The incense is numbered with odd numbers, because odd numbers bring luck in Chinese and Vietnamese culture. Even numbers, like the number 4 is considered bad luck because the word four sounds like the word "death" in Chinese.

The Pagoda in the lake

"It's nice, but how do you actually rate a thing like this if you are not into it. Have you seen one, you have seen them all... sort of. The location is nice on the middle of two lakes in the middle of the city. Mind the heavy traffic though, don't do anything hasty - think "smooth"."