"A very small building acts as a museum and another as a shrine for the pilgrims. It's touted as Ho Chi Minh's birthplace, but he only lived there for the first 5 years of his life and appears to have only visited on few occasions afterwards. The house itself is just a reconstruction (one of many apparently) and probably bigger than expected.
It's all very peaceful and pleasant enough to wander around. For the Vietnamese, this place is a bit like Mecca. For anyone else, have a look if you're passing by, but it's not worth a long journey to get there. " 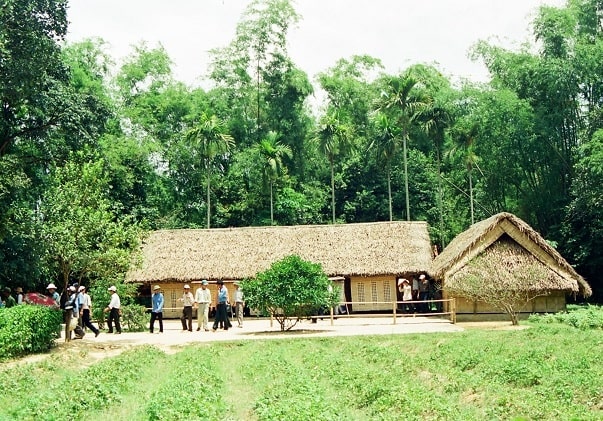 Kim Lien or Sen Village - is located about 15 kilometers north of Vinh. At first glance it differs not so many of the rural villages around here. It is identical to the other villages, but there is something. That's why thousands of Vietnamese are coming to this village every year: it is the birthplace of "Uncle Ho", or Ho Chi Minh. Here he spent his childhood. His childhood home is now the "Kim Lien Museum". The name of the village means "Golden Lily" and it is now a place of pilgrimage for Vietnamese.

The original house of Ho Chi Minh had three rooms with a roof, which was supported by wooden poles. The house occupies a total area of 50 square meters. It is very modest in design. These houses all had wooden floors. 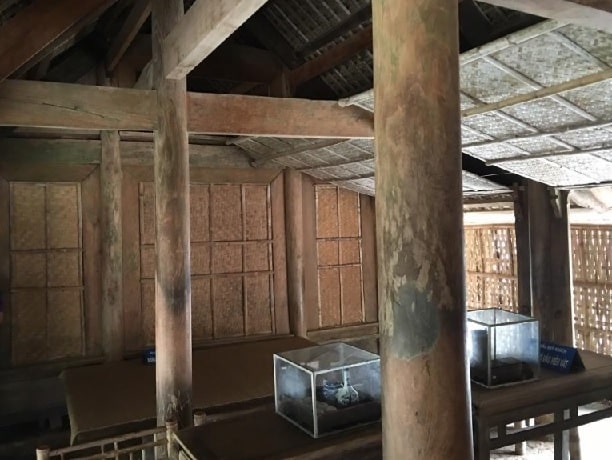 The house in which he grew up, is still standing and has been brought back to its original state. It is an old house because it was built in 1901. At the family home, there came outbuildings: the museum. Money previously been saved up by the villagers.
The museum was opened in 1990. The house has been preserved in its (almost) original structure and design, with all the simple objects of the family, such as traditional brushes or ink pots. Photos of Ho Chi Minh and the rise of the revolution are hanging on the walls.
Of course there are items that you find in the countryside in every home: bamboo mats, baskets or rice mortar. Around the house is a lush garden with lots of green plants, including many souvenir trees, which are planted visitors, who have visited this place.
At the back is another building, whose interior is predominantly red. Here is a golden bust of Ho Chi Minh, decorated with flowers. Of course it is intended that visitors also lay flowers here.
Entrance is free. It is open daily from 0800 -11.00 am and from 13:00 to 17:00 hours. 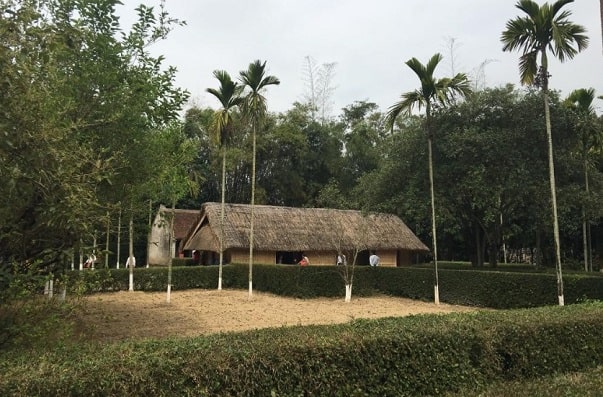 Ho Chi Minh (1890 - 1969), born Nguyen Sinh Cung was a Vietnamese communist leader, Prime Minister (1945) and was later president of the Democratic Republic of Vietnam (North Vietnam). He lived in his youth in England (2 years), where he came into contact with communism. He then lived in France (6 years), where he was educated to baker.

He later played a major role in the wars of liberation against the French and Americans. Ho Chi Minh was a man who loved a simple life style, even if they offered him luxury. He was known among his friends as a moderate politician and someone with a high degree of reliability. He wore his power in 1955 due to health problems, but remained a highly visible figurehead and inspiration for the Vietnamese who fought for a unified, communist Vietnam.
After the war, Saigon was renamed Ho Chi Minh City. Incidentally Saigon is still used daily to indicate the center of the city. By Ho Chi Minh City they mean Saigon with all its suburbs.

Ho Chi Minh died on September 2, 1969 at the age of 79. His body was against his wish, placed in a granite mausoleum in Hanoi. He wanted to be cremated, however, and let places ashes on three Vietnamese peaks. He wrote: Not only is cremation good from the viewpoint of hygiene, but it also saves farmland. 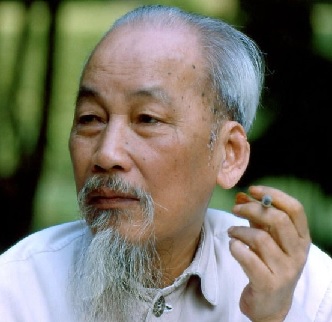